We went down to the river... 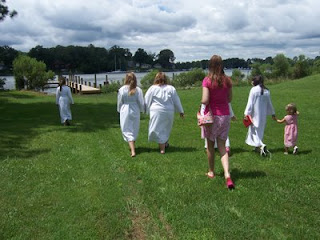 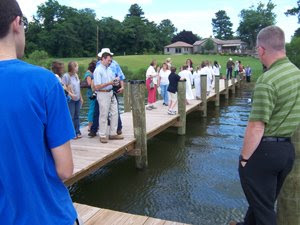 Thanks to the Youngers for allowing us to gather on their dock. 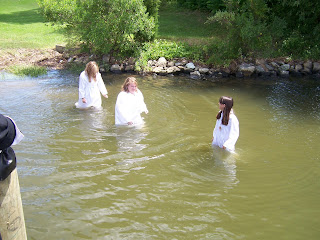 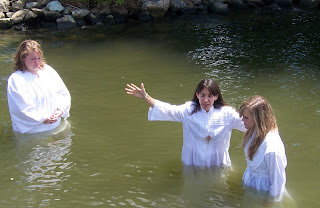 The prayer of sanctification over the water - there is something very profound about saying those words of God's awesome power while standing in a cold river. Just days before, we had been to the same spot to look it over, when a snake appeared. This morning, the snake was sleeping but the jelly fish were visiting. 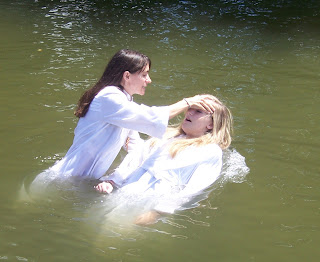 Our robes, in this photo, seem to depict us floating. However, our feet are being slowly swallowed by the mud. 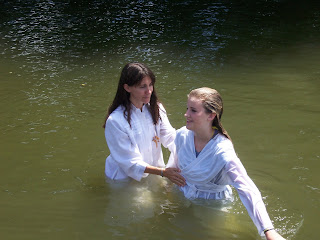 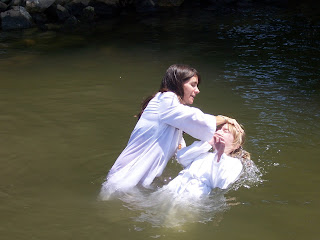 Only 1 flip-flop was lost. 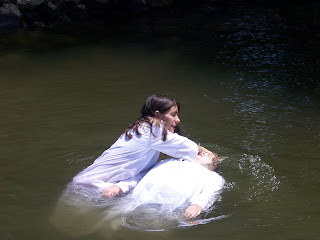 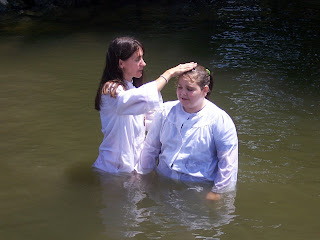 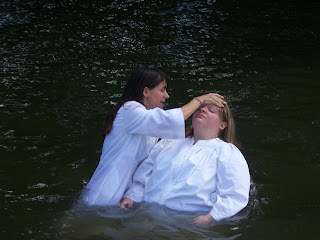 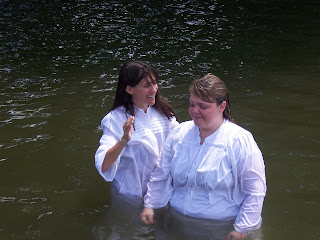 Photos from the baptism at Olivet on Father's day 2009 by a very proud father.
Posted by Rev Faith Lewis at 6:35 PM 2 comments: 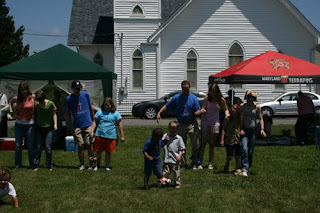 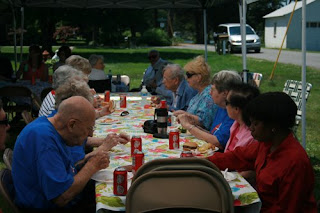 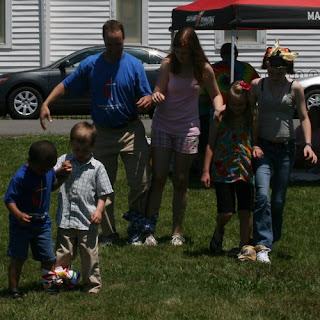 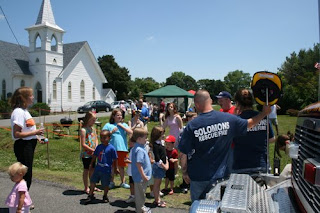 Posted by Rev Faith Lewis at 5:07 PM No comments:

When the Holy Spirit Rains... 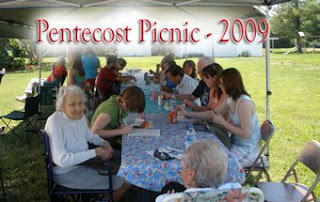 There is a saying
that a long-time
Olivet person just told me,
"Rain before 7, clear by 11".
I had never heard that before.
And if I had, then when I awoke to thunderstorms at 5am on Pentecost Sunday, I wouldn't have thought we needed to cancel the picnic.
Well, you can see by the pictures that the old saying was right - and that I was of little faith. The weather was clear, sunny and gorgeous by the time we celebrated on Mary and Ray's lawn next to the church.
Earlier in the week, I ran into Mary (whose lawn we enjoyed) at the store and she told me that Olivet's picnic was listed in the county newspaper. That's great! I thought.. until I heard that it also included the location as being at her house. Fortunately, no one who arrived welcomed themselves to he 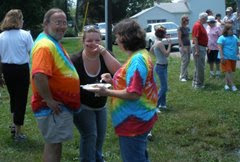 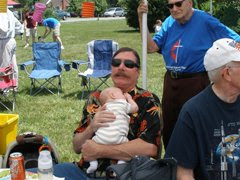 Bob's twin grandbabies were the youngest people present - and in the picture above, you see three generations! I think that in the photo below, Kelly may be taking scripture literally and is concerned about a tongue of fire that has appeared above Ron's head - and she is trying to extinguish it. I don't know. These photos are all by Dave Jones. Keep sending em! 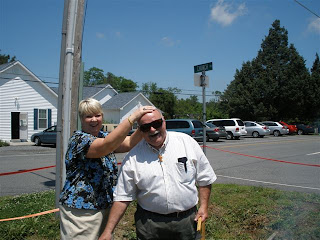